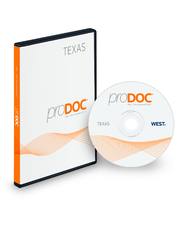 Use the forms in this volume to prepare documents for criminal cases in any federal district court in any state. Edited by nationally known Houston criminal defense attorney Jack Zimmermann, this volume contains more than 140 forms, including basic forms, Administrative Office of the United States Courts forms, and Texas district courts local forms. Forms cover attorney-client matters, arrest, bail and bond, postarrest matters, witnesses, discovery, pretrial motions, trial motions, and posttrial matters. This volume is included in the ProDoc Texas Criminal Law Library. It is also available as an add-on to all other ProDoc Texas libraries.