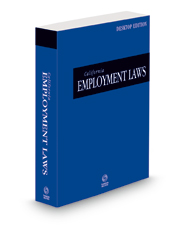 The book also contains selected provisions from 13 California codes, including: Editorial features include: