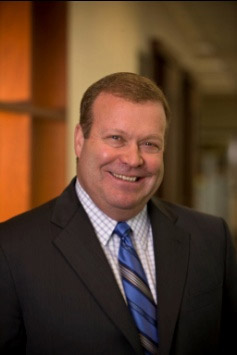 Rick King is chief operating officer for technology at Thomson Reuters, the world's leading source of intelligent information for businesses and professionals.

In 2011, Mr. King was named by Governor Mark Dayton to serve on the Metropolitan Airports Commission and also the Governor's Technology Advisory Council. In addition, Mr. King is recognized as an expert on broadband and was named by former Governor Tim Pawlenty to chair Minnesota's Ultra High-Speed Broadband Task Force. Mr. King serves on Minnesota's Science and Technology Authority Advisory Commission and on the U.S. Chamber of Commerce's Telecommunication and e-Commerce Committee. He also serves as a trustee for Minnesota Public Radio, vice chair of board of trustees for the Science Museum of Minnesota and serves on the Carlson Global Institute advisory board at the Carlson School of Management at the University of Minnesota.

Mr. King was named one of the 200 people to watch in 2012 by Twin Cities Business. Previously, he was honored as Minnesota's 2008 Technology Executive of the Year by the Minnesota High Tech Association and was named to Computerworld's Top 100 Leaders in IT in 2007.

Mr. King earned bachelor's and master's degrees from the University of Vermont.

Thomson Reuters is the world's leading source of intelligent information for businesses and professionals. We combine industry expertise with innovative technology to deliver critical information to leading decision makers in the financial, legal, tax and accounting, healthcare and science and media markets, powered by the world's most trusted news organization. With headquarters in New York and major operations in London and Eagan, Minnesota, Thomson Reuters employs more than 55,000 people and operates in over 100 countries. For more information, go to www.thomsonreuters.com.